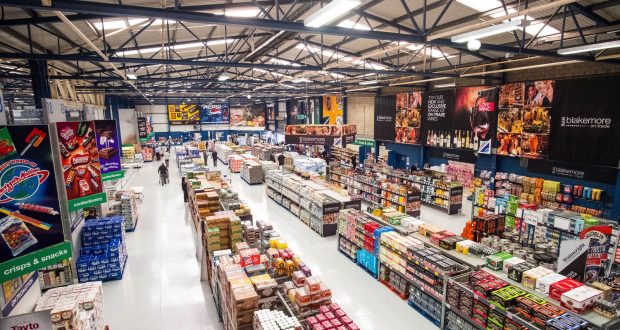 Trade restrictions are always bad for manufacturers, consumers and retailers alike. Trade wars can cause damage by increasing the cost of products, limiting the supply or by delaying the supply. These trade wars are affecting the overall economy of the country. The trade tensions manifested recently can slow down the overall growth and progress of the nation by causing business to pull back on capital expenditures.

Trump administration is supposed to levy widespread tariffs on consumer goods such as apparel, footwear, electronics, and home goods. This increment is done in retaliation to China’s unfair investment practices and intellectual property. The administration also levied trade penalties of 10 to 25% on a variety of consumer products like shoes, clothing, children products, home goods, furniture and other imports from China. These taxes would have a negative impact on the company, impacting thousands of products, stifling growth and threatening jobs. Hence increased tariffs would have a significant impact on the retailer which is struggling. A group of national retailers, including Issaquah – based Costco Wholesale, wrote a letter to President Donald Trump regarding his plan for applying tariffs on imported goods from China. This letter was signed by 23 other retailers including Target and Walmart, Home Depot and Best Buy. The group wrote that they support holding their trading partners accountable and using trade remedies against illegal dumping, intellectual property theft and other proven trade violations. The retailer group explained that any additional tariff would worsen the inequity happening in the U.S and even American working families would have to face higher prices on household basics like clothes. It was seen that the residents have to pay higher prices as U.S levies 32 and 67% tariff on imported clothes and shoes. While the chain has been expanding around the world, most of Costco’s locations are located in the U.S. In addition, the company has 36 warehouses in Mexico and 25 in Japan. Home Depot imports products from more than 40 countries. It houses these products in import distribution centers in the United States. Home Depot is the second largest U.S importer of goods from China. It is in trouble at the moment as the stock has gone down sharply and the retreat is more like a loss than profit making. This is also well explained in the SWOT and PESTLE analysis. The global trade war will take its toll on Home Depot stock. Home Depot is currently in danger amid the current trade war situation.

The Trump administration has even caused trouble to the Target retailer which threatens the U.S economy, penalizes American families and increases prices on backpacks to playpens. China is the largest source of merchandise for Target retailer. This is seen well in SWOT and PESTLE analysis. The imposition of additional tariffs or duties on imported products could affect the business adversely.

Walmart, the largest retailer in the United States, also opposed the tariff plans saying it would impact their business, the customers, the suppliers and the U.S economy as a whole. Millions of U.S jobs in research design, manufacturing, supply chain, compliance, logistics and retail would be at risk if a new 10 to 25% tax were imposed. The U.S imported $147 billion worth of Chinese goods in 2017. The U.S relies on China for a lot of products. Nearly all of the LED lights that the U.S imports come from China leading to $ 1.48 billion in imports and 2% of duty leveled on these products. It also imported $425 million worth of greeting cards from China in 2017. 97% of the U.S plastic disposable gloves used in food preparation comes from China. Cotton t-shirts and Christmas lights are even imported from China. China is the largest foreign supplier of leather handbags to the U.S by volume. $ 1.42 billion of athletic shoes from China was imported in the U.S with an average duty of 17% in 2017. It is one of the US’s and the world’s only suppliers for telescoping umbrellas. The U.S bought $114 million worth in 2017. Roughly around 15% of U.S imports come from China, so imposing duties on imports of these products could cause trouble for major retailers like Best Buy, Walmart, Target, Home Depot and Costco which sell products imported from China. One of the ways the company might adapt to the tariff is by increasing prices of goods for consumers. Last year the biggest U.S imports from China were communications and computer equipment, totaling around $137 billion according to U.S census data.

Indeed trade wars are sabotaging and will hurt these retailer’s bottom line massively. So in the best of interest the government should work towards saving erosion of revenues and help the retailers before they end up getting bankrupt.