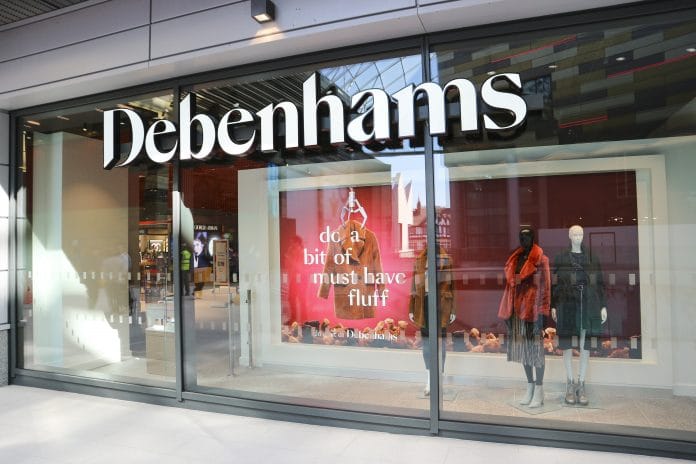 Retail in UK is a continuously disrupting sector with new innovations and technology emerging every other day. The market is driven by major players like Marks and Spencer, John Lewis which makes an entry of new player difficult. With the advancement of technology customers seek products which cater to their lifestyle which puts pressure on companies to lower pricing strategy, reducing costs, and providing new value propositions to the customers. Debenhams can disrupt this dynamic market by innovating new products and service which would bring new customers as well as retain the existing ones. One another factor which is required to sustain competitive position in market for a company is by building economies of scale. By Lowering the economies of scale the the fixed cost per unit can be lowered which helps in positioning the product at a low price category. Building capacities and spending money on research and development. Continuous New product development and price wars sets a standard every day for players in retail market. Thus it becomes difficult for new players as margins are significantly reduced as a result of this.

Customers in a market are in a continuous search for a product which gives them an alternative in a value for money manner. So when a customer finds new product or service meets their needs, they switch thus the industry profitability suffers. The threat of a substitute product or service is high if it offers a value proposition that is uniquely different from present offerings of the industry. Moreover there is a rapid growth in ecommerce and online services which makes the competition even more intense in the market. Due to the presence of these online markets majority of the share is stripped off from physical retailers. By being service oriented rather than just product oriented customer acquisition and retention can be achieved efficiently by Debenhams. Debenhams should need to understand the core need of the customer as well as market rather than what the customer is buying. The substitutes can be managed by Debenhams by increasing the switching cost for the customer by providing new and unique offering.

As a result of intense rivalry companies try to gain market share by bringing down costs thus it will drive down prices and decrease the overall profitability of the industry. This price competition does take toll on the overall long term profitability of an organization. Debenham’s can grow by avoiding this threat by building a sustainable differentiation with help of unique services as well as private labels, by building economies of scale so that it can compete better with respect to prices and mainly try to increase the market size rather than just competing for small market by collaborating with competitors. Also in a market like UK retail the companies like Marks and Spencer, Tesco, Sainsbury’s and John Lewis the competition is very high as they have gained a significant amount of market share. The rivalry among competitors is also influenced by exit barriers which are quite moderate depending on government influences and change in policies. However big players get affected by this factor at a very low scale.

Retail industry is highly influenced by the demand of buyers switching cost is very low in such markets. As soon as customers get an offering which caters to their needs in a similar way and at a minimum price they tend to switch their brands. Moreover in a market like retail which is a blend of offerings as well as services, customers in a store also are influenced by the level of service they are offered. Even if there is a slight degradation of services then they tend to change the brand. Hence the smaller and more powerful the customer base is of Debenhams Plc. the higher the bargaining power of the customers and higher their ability to seek increasing discounts and offers. Nowadays as the e-commerce industry is growing customer shopping convenience is what major retailers have as their one of top priorities list. Store location is another important behaviour which defines the profitability as customers are termed as non-moving which means that customers prefer to go to a store near their location than far locations, so if they find a Debenhams’s store near to their home they would prefer to go to Debenhams’s than a faraway located Tesco.

Supplier power depends on the market size of the company. Suppliers may need the market value of retailer to build their own or it can happen vice versa. Suppliers in dominant position can improve the margins. Debenhams Plc. can earn in the market as the product quality will improve leading to improve customer loyalty for Debenhams. However if the retailer has a good market share then suppliers would want their product to be positioned on the retailer shelves to achieve their own sales targets. Moreover in recent times as there is a trend of vertical diversification by retailers by creating their own brands it becomes difficult for suppliers to gain product visibility in retail stores. Hence both parties are mutually dependent on each other in retail market.