Marks and Spencer like John Lewis is a multi-channel retailer and a close competition for John Lewis. The company targets same C1 category customers. Both Marks and Spencer and John Lewis cater to a young audience with a good E-Marketing strategy to drive their business. The competition between the two exists on a neck-to-neck competition with either of them involved in poaching customers and executives. Considering the group revenue, both John Lewis and Mark Spencer recorded £10 billion sales in previous year. The portfolio of both John Lewis and Mark Spencer is also similar with both of them catering to department stores as well as food retail segment. Considering international presence Marks and Spencer has an upper hand over John Lewis with its international stores being on a higher side than John Lewis. Hence unlike John Lewis the company is not majorly dependent on UK market solely. In promotional point of view also both the companies are head to head on competition especially in occasions like Christmas. In 2012 Marks and Spencer went from being the leading retailer with 29.1% of the market to falling below John Lewis in 2017, with a market share of 23.3%, compared to John Lewis’ 25%.

Sainsbury and John Lewis has been crossing swords in the UK retail market. Sainsbury has been on an aggressive growth strategy by following strategic partnerships with one of its major competitor ASDA. The company has a diversified portfolio serving in different segments like Home ware, Food, clothing. The company is employing a defensive strategy by lowering the prices of products across various stores. Like John Lewis Sainsbury’s is also diversified in the banking sector. The company has recorded a 589 million Euro EBIT in 2017 and group sales of 31,735 million euros.

The company is currently growing in E-Commerce sector and will give a tough competition to the likes of John Lewis in this sector. The company is revamping its customer relationship management opportunities by increasing convenience through payment schemes like NECTAR. As per latest survey by Kantar, Sainsbury’s market share fell to 15.9% for the 12 weeks as on Apr. 2018 from 16.2% for the comparable period as on Apr 2017, although sales rose 0.2% to 4.26 billion pounds ($3.53 billion) (Uk.kantar.com, 2018). Considering profitability, the P/E ratio of Sainsbury’s is ~18 while the ROIC being at a low 2.8%. For John Lewis the ROCE lies at a higher percentage (8.1%) than Sainsbury’s (5%) in 2017 as reported in JLP Annual Report, 2018 and Sainsburys Annual Report, 2018.

Aldi is another close competitor which is a major player in supermarket. It entered late into the market but it is one of the biggest discount supermarket retailers in the UK market offering, Homeware, Electronics, and food retail. The company plays in the low price segment category, hence one of the major customer preference in UK. The company is on continuous growth as the market share recently has reached record high for the company. In 2017 the market share Aldi U.K. market share rose to 6.8% in the 12 weeks ended Oct. 8, compared with 6.2% in 2016. While in the same period the market share of up-market retailer Waitrose, fell slightly to 5.3% in the 12 weeks to Oct. 8, from 5.4%. The company had opened more than 70 stores this year starting and has planned to open more than 1000 stores by 2022. The company has an aggressive market penetration strategy even though the market is led by bigger supermarket giants like John Lewis and Mark and Spencer. Recently as the John Lewis partnership has issued a profit warning for its profits in first half to be close to zero the Waitrose stores are being closed and sold to Aldi as well Co-op (JLP Annual Report, 2018). The company is also in a growth expansion phase by opening up stores globally. While John Lewis and Waitrose are cutting down stores Aldi is expanding its stores in UK retail market (Uk.kantar.com, 2018).

Tesco is the largest supermarket retailers playing in UK which has a diversified offering across segments like groceries, Clothing, Food and Financial services. As per data from analytics firm Global Data, the company is the top most UK retailer with annualised revenue as a proportion of total UK retail spends of 12.8% while John Lewis stayed at sixth position with 3.3% of the proportion along with another competitor Mark and Spencer registering the same 3.3%. TESCO in UK has more than 3,400 stores which owes to its high revenues. The company is also diversified across the globe unlike John Lewis. Tesco registered revenue of approximately 57 billion as compared to John Lewis’ 10 billion. For both John Lewis and Tesco while the online sales showed a good improvement the store sales showed a slump especially during Christmas in 2017. The ROCE for Tesco was recorded as 9.17% as reported by London Stock exchange on February 2018 while for John Lewis the ROCE was 8.1 % as per their annual reports (JLP Annual Report, 2018), (Tesco plc, 2018).

Facing increasing competition as described above John Lewis has followed a strategy of differentiation and innovation rather than scale to maintain its competitive advantage in the UK markets. Under its Waitrose brand, which sells more than half of its own-branded products and is increasing growth in online segment, the company is focusing on delivering exceptional level of customer service. John Lewis on the other hand is focusing on offering unique and curated products to customers to maintain the innovation and differentiation strategy. The recent acquisition of home improvement company Opun will also strengthen the company’s presence in the segment. Lastly the most important differentiating factor and the competitive advantage, John Lewis Partnership enjoys over its peers is the partnership structure of the group which is quite rare in a retail organization. All of its more than 85,000 permanent employees are its Partners, thus the company is not under any shareholder or investor pressure on just focusing on profit and growth and employees have a sense of ownership pride which helps in driving motivation.

These strategic advantages help John Lewis Partnership stand out and maintain competitive differentiation along with catering to the customer demands in the best possible way.

SWOT and PESTLE analysis of companies relevant to this article 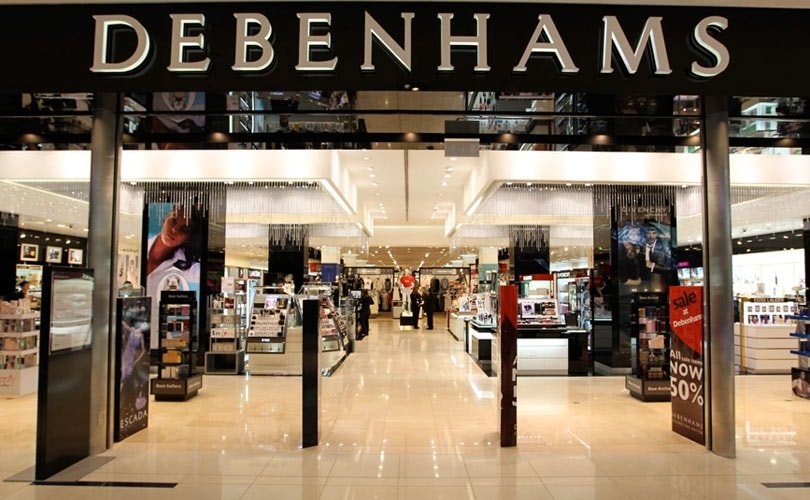